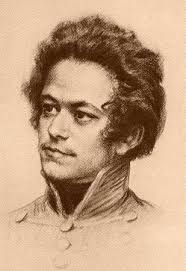 What I want to do here is talk about something that’s philosophically relevant, but also very basic to understanding the world. I’m going to say something about ontology. The main reason why I think that it’s worth saying a few words about is that it happens to be relevant to most of the more complex issues that people discuss on a daily basis. Most of those issues are affected by some underlying ontological assumptions that almost everyone takes for granted but actually are accounted for by individual people in different ways. It can be productive to bring up those assumptions when we’re trying to think about more complex ideas like social issues or politics. Marx and Engels famously talked about the distinction in some of their writings for example. So that’s one reason why I think it’s useful to talk about it.

“Since the Young Hegelians consider conceptions, thoughts, ideas, in fact all the products of consciousness, to which they attribute an independent existence, as the real chains of men (just as the Old Hegelians declared them the true bonds of human society) it is evident that the Young Hegelians have to fight only against these illusions of consciousness.” – Karl Marx, The German Ideology

[It is, therefore, from the history of nature and human society that the laws of dialectics are abstracted. For they are nothing but the most general laws of these two aspects of historical development, as well as of thought itself. And indeed they can be reduced in the main to three:

All three are developed by Hegel in his idealist fashion as mere laws of thought: the first, in the first part of his Logic, in the Doctrine of Being; the second fills the whole of the second and by far the most important part of his Logic, the Doctrine of Essence; finally the third figures as the fundamental law for the construction of the whole system. The mistake lies in the fact that these laws are foisted on nature and history as laws of thought, and not deduced from them. This is the source of the whole forced and often outrageous treatment; the universe, willy-nilly, is made out to be arranged in accordance with a system of thought which itself is only the product of a definite stage of evolution of human thought. If we turn the thing round, then everything becomes simple, and the dialectical laws that look so extremely mysterious in idealist philosophy at once become simple and clear as noonday.] – Friedrich Engels, Dialectics of Nature

What is ontology? Ontology is the area of philosophy that deals with what there is. Most people would start with matter and say that material things exist physically, but they could immediately start asking questions about other kinds of things. What about minds or thinking and thoughts? Aren’t those things a part of reality too? What about the intersection of minds and matter? What about how people classify things? What about concepts or actions? All of those are things that we at least talk about in reality.

Most of the major philosophers in the ancient, medieval, and modern traditions have had nuanced disagreements about how much emphasis should be placed on the importance of matter and physical objects in the world, as compared with the importance of the role that minds play in carving up the world, so to speak. The back and forth over the centuries has been over what role the mind plays in the physical universe. In modern times, this is usually referred to being about two schools of thought—what are respectively called materialism and idealism. Materialism places emphasis on the dominant role that matter plays in reality (i.e. material objects and substances). While idealism places emphasis on the dominance of minds and the role that ideas or thoughts play in the world. Sometimes idealism is taken to mean a kind of intangible and essential nature of what gives reality its forms.

Let me give just one example of an ontological problem. Suppose I drop a drinking glass on the floor and it shatters into pieces. As I’m sweeping it up, I notice how the glass is broken up into distinct pieces of different shapes and sizes. For whatever reason, I decide that it would be interesting to classify the pieces. So I take a careful look at each one and I say: “here’s a shard and there’s a chip and here’s an edge and here’s a side.” Next, I decide that it’s important to describe what distinguishes one kind of piece from another. Here I decide that shards are larger and have at least one pointed end and chips are smaller, rounder and more symmetrical. Let’s say I decide that edges are the curved pieces that you would normally drink from. While sides are curved pieces that don’t include that aspect. From there I reason that these must be the kinds of components that make up the glass as a whole and if I wanted to repeat the process and break more glasses, they would probably break up into the same kinds of components no matter what kind of drinking glass I happen to drop on the floor. So, isn’t it right for me to say then, that these are real components that make up all drinking glasses?

Now imagine that you wanted to object to what I’ve just said. I’m not saying this is the only way, but one way that you might object is; you could ask me whether the components would’ve existed if I hadn’t broken the glass? I might reply something like this:

“That’s a ridiculous ideological point. Just because you need to break the glass to see the parts, doesn’t mean that they’re not always there. And sure, yeah, my brain plays an observational role in that, but it’s just reflecting back to me what was there all along. You can’t seriously deny that those parts exist.”

But then, you could say something back to me like this:

“It’s true that the glass is broken up into pieces, but you’re also creating the classification of the pieces as well as the physical attributes for the bits you’re observing and that’s kind of all that there is for matter to be. So, doesn’t that make the role of minds in reality much more important than the raw material? What’s the justification for this kind of way of thinking about the broken glass. Why do we make these kinds of associations of attributes to matter or to concepts?”

That’s an example of an ontological problem in a nutshell. You can talk about literally anything in that kind of way. If it’s interesting to you, try to imagine how my broken drinking glass might be analogous to particle physics. For the record, I want to say that I’m closer to the materialist side of things, but it’s fun to play Devil’s Advocate and argue the other side as well. Hopefully, it does something for the reader in the way of clearing up the misunderstanding of the terms’ usage as well.